Over the previous years, USTDA had invested in a number of port-related projects on the West-West Central coast of Africa, including in Cameroon, Cape Verde, Guinea, Senegal and Togo.  Other areas of interest include Angola, Ghana and Sao Tome.  decision analysis partners was tasked with organizing an orientation visit to introduce representatives from Angola, Ghana and Sao Tome to the U.S. port system, and to solidify the links between African countries and U.S.technology and services in the countries where USTDA projects are under way.  The visit included: 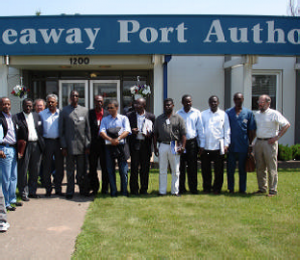