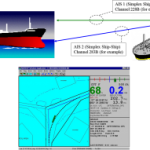 decision analysis partners was tasked with a definitional mission to determine the extent to which an Automatic Identification System-based vessel traffic management system on the Orinoco river, and a pilot platform on lake Maracaibo would improve channel throughput and safety on these two critical waterways.

Lake Maracaibo is the largest lake in South America and the largest lake with an inlet in the Western Hemisphere.  It is home to one of the largest oil producing areas of the World, but is also a source of fresh water for agriculture and fishery, and a major transportation artery for the Colombian-Venezuelan highlands.  The Orinoco river is one of the three major rivers of South America.  It harbors large cities such as Puerto Ordaz (Ciudad Guayana ), and Ciudad Bolivar, which depend on the river for transportation of raw and finished material such as aluminum, iron ores, steel and cement.